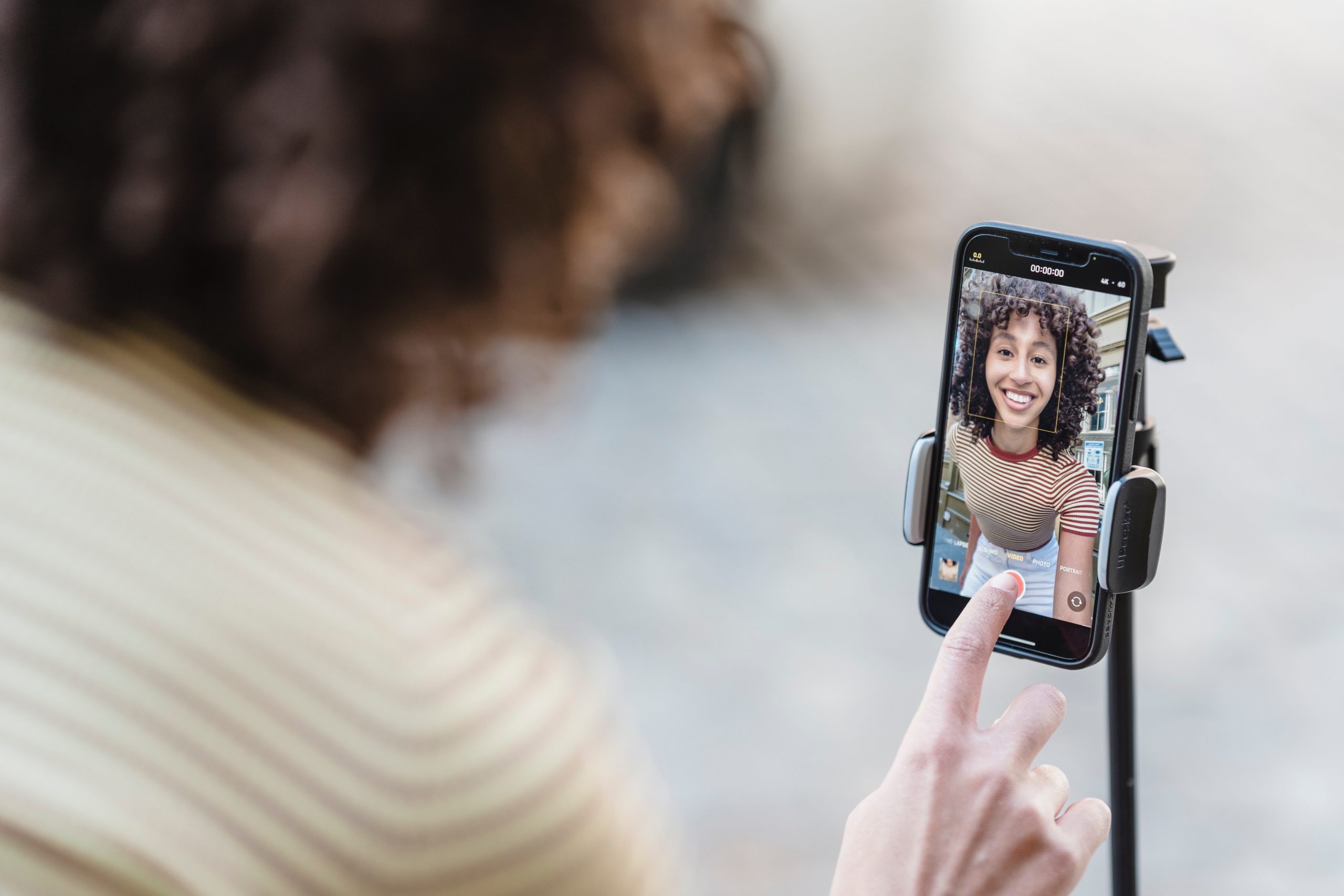 Influencer marketing is a huge buzzword at the moment and many companies – big and small – are jumping on the bandwagon.

Some of them do it to grow brand awareness, gain more leads and increase sales. But there are some common mistakes companies make when implementing influencer marketing that can make or break whether a campaign is successful.

It’s expected that brands will increase their influencer marketing budgets in 2022 and if that includes you, I’m going to break down some of those common influencer mistakes you can avoid and hopefully save your company thousands of dollars in the long run. Influencers can be hugely beneficial to your brand if done right, but if you’re making these mistakes, you’re likely wasting your time.

The goal of any influencer marketing campaign is to effectively reach your target audience. However, many marketers make the mistake of not setting clear campaign goals upfront. This lack of direction can result in a waste of money and time, even when working with a well-known influencer.

As a result, marketers often hire random influencers with big followings and run one-off campaigns without any strategy or planning. They then end up scratching their heads when those campaigns fail to deliver any ROI.

Before you start your influencer campaign, identify what you want to achieve and why your target audience should care. If you don’t know what your end goal is, how will you know if your campaign is a success?

It may be tempting to want to reach out to influencers with massive followers, but it’s so important to keep in mind that a large following doesn’t immediately equate to sales.

In fact, a recent survey found that 67% of millennials don’t trust influencers who have bought followers or engagement.

Instead, focus on finding the right influencer: those with authority and credibility in your niche, and those whose followers genuinely engage with their content.

It’s easy to get dazzled by a large social media following but at the end of the day, you want to leverage that influencers’ audience as a way to build a genuine interest/connection that will make them more than likely to purchase. Just because an influencer has 100K followers doesn’t immediately mean that they’ll be interested.

You need to go beyond the followers’ count and do detailed research to determine whether their brand and by extension, their audience is aligned with your company’s brand, personality, and offering. In other words, would their audience be genuinely interested in what you’re offering? The last thing you want to do is invest in an influencer who will promote a product that their audience doesn’t care about. It won’t come across as genuine and you risk followers just scrolling past the post which goes against the whole point of collaborating with them in the first place.

Not asking for a portfolio

If this isn’t something you’re doing already, it IS something you should add to your influencer outreach workflow. At the end of the day, influencer marketing is a business arrangement, and in the same way you’d vet your suppliers or employees to ensure they’re the right fit, it applies to influencers.

You want to make sure that this partnership is a worthy investment, so you should ask if they have any track record of providing results, whether it be increasing brand awareness to converting their audience to buyers either for themselves or clients. There are a ton of tools out there–BuzzSumo, Mention, Keyhole, and Traacker, to name a few–that allow you to track these metrics so at the end of the designated period you have insight into whether you made a return on investment.

Most social media platforms like Instagram and YouTube will display an account’s engagement rate (ER) in percentage form on a user’s profile. It’s important because it shows how engaged their followers are with the content they post. That said, focusing on vanity metrics like followers and not the quality of the audience can end up costing you.

If someone has 100K followers but only gets a 1% engagement rate on their posts, that’s not a good sign. You want to work with people who have an active audience that responds to their content. The higher the engagement rate, the better chance you have of getting your target audience’s attention if you work with that influencer.

Remember, influencers are considered influencers because they’ve built trust within their communities and have become taste-makers themselves. That’s why it’s super important to focus on getting an authentic voice for your campaign rather than one with the most followers.

Influencers can work with any brand they want. If an influencer has a history of working with your competitors, just keep looking until you find one that doesn’t. It’s a waste of money to work with someone who doesn’t care about your company and products, and it’s not very effective for building customer loyalty.

Underestimating the power of micro-influencers

When it comes to influencer marketing, bigger isn’t always better. If you have a limited budget and limited resources, smaller influencers can be just as valuable as those who have hundreds of thousands or millions of followers.

Smaller influencers tend to have higher engagement rates, strong relationships with their followers, and tend to respond quickly and frequently with personalised responses when their followers reach out. Micro-influencers are also best for niche audiences.  Within a niche community, their word-of-mouth recommendations are more believable and bring the weight of authenticity. As key opinion leaders in their niche, they know their audience demographic inside and out, which is an added advantage for you because it means you’ll have better insights into target marketing for future campaigns.

Not measuring or analysing performance

Okay, so this is THE most important part of any influencer campaign because…you can’t gauge success if you can’t measure it! This where having those campaign goals that I mentioned come in because you’ll set clearly defined KPIs that you can compare with the results.

It’s all well and good having an influencer do what they do best (create content), but if you don’t measure how successful their efforts were, how on earth will you gauge success?

After your campaign is done, sit down and analyze the statistics, study the effects, look over previous periods and campaigns, make comparisons, before you can make an informed measurable analysis.

You’ll also need to remember that just looking at the numbers isn’t enough since context is important too. For example, how does your data compare when broken down by different demographics? Did one demographic respond better than another? This kind of analysis could help you target your campaigns better in the future.

This step is just as crucial as choosing your influencer because it can provide you with valuable insights on your users and high-quality data that you can use in your next campaign.

Influencer marketing is truly a powerfully fascinating phenomenon and if done right, can be a powerful asset to your company’s campaign. When it comes down to it, the most vital elements of choosing your influencers should be doing your research, intimately understanding your audience demographics, and making sure that influencers are actually relevant to your brand. there’s a pretty good chance that you’ll find a winning influencer marketing campaign in no time! 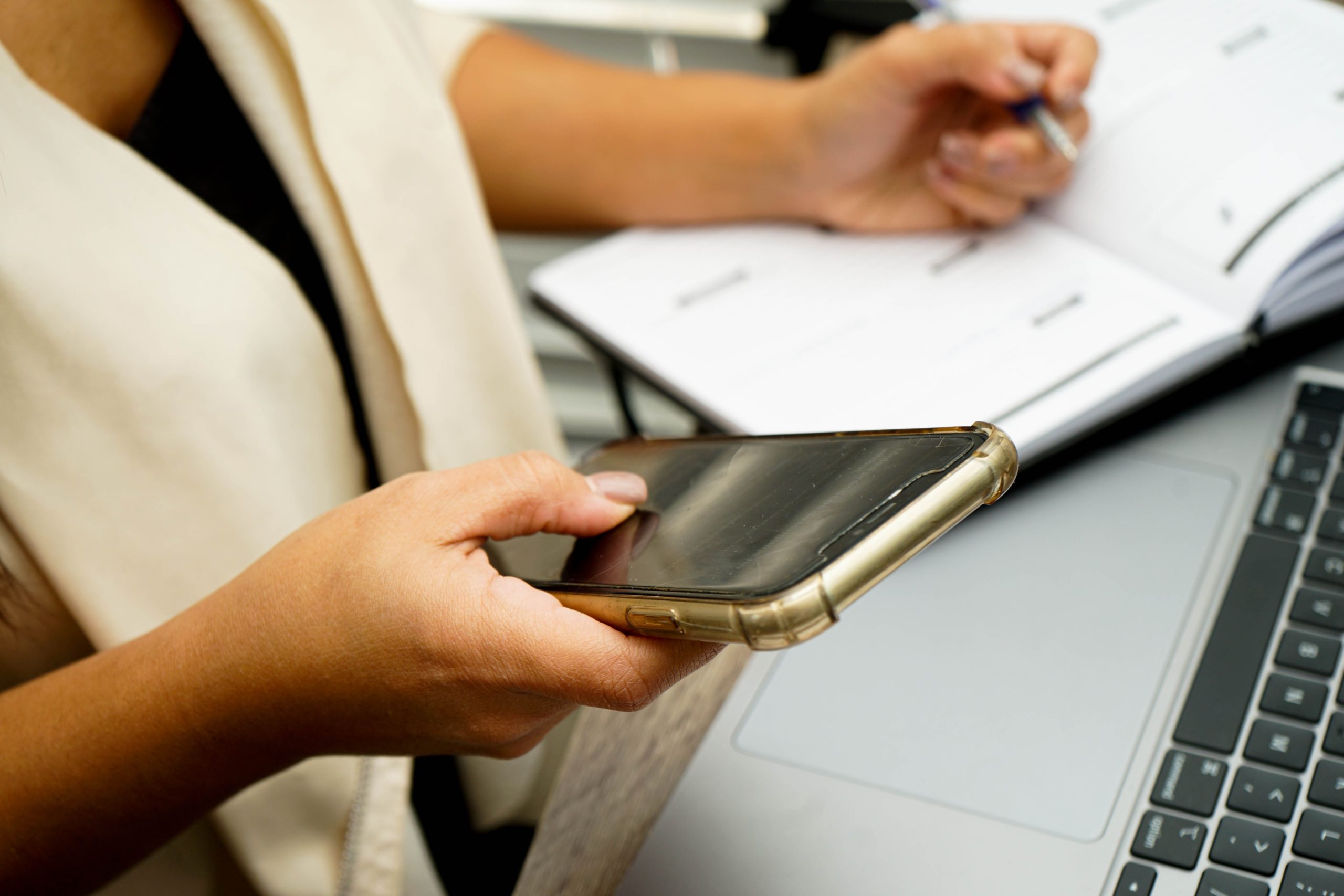 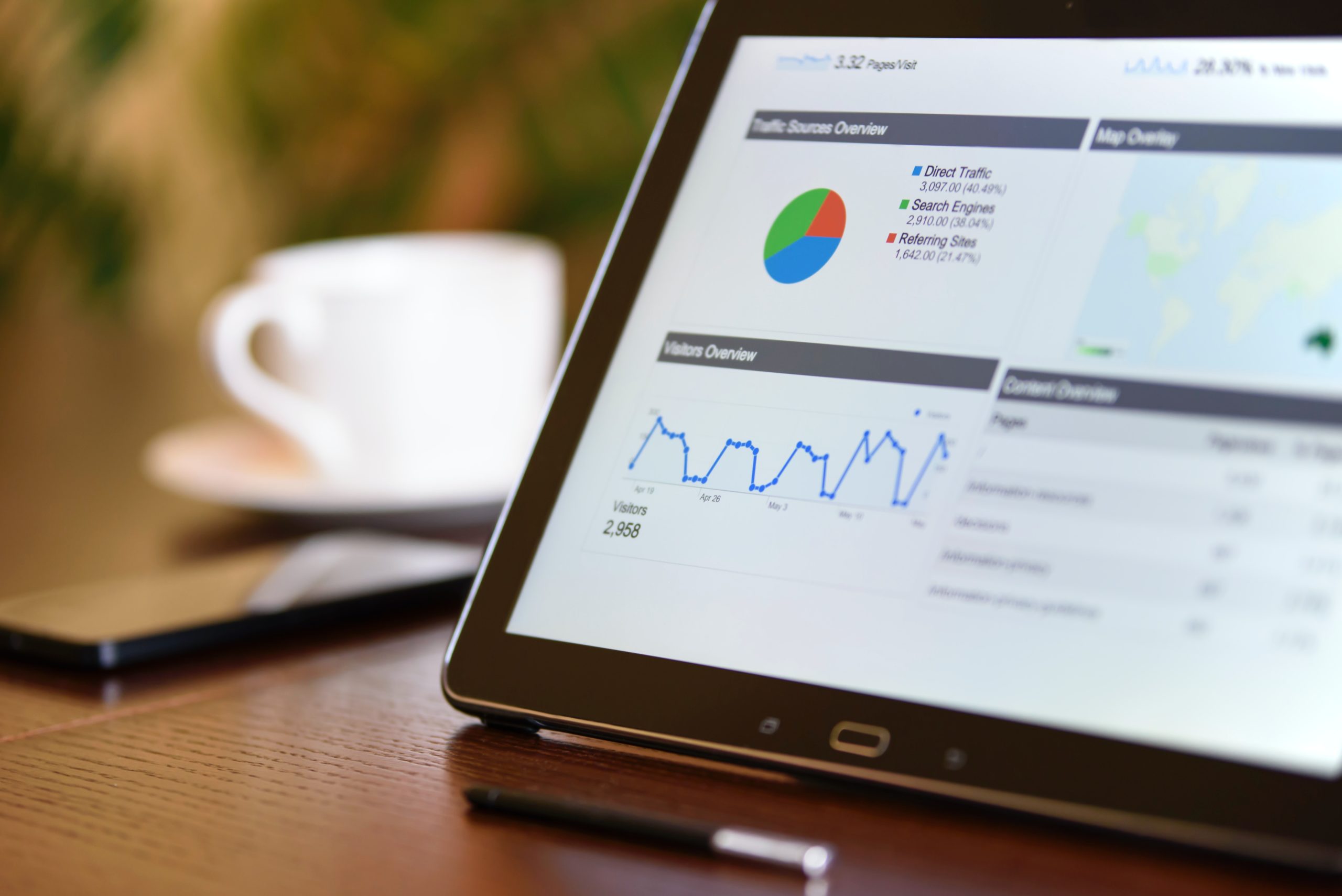 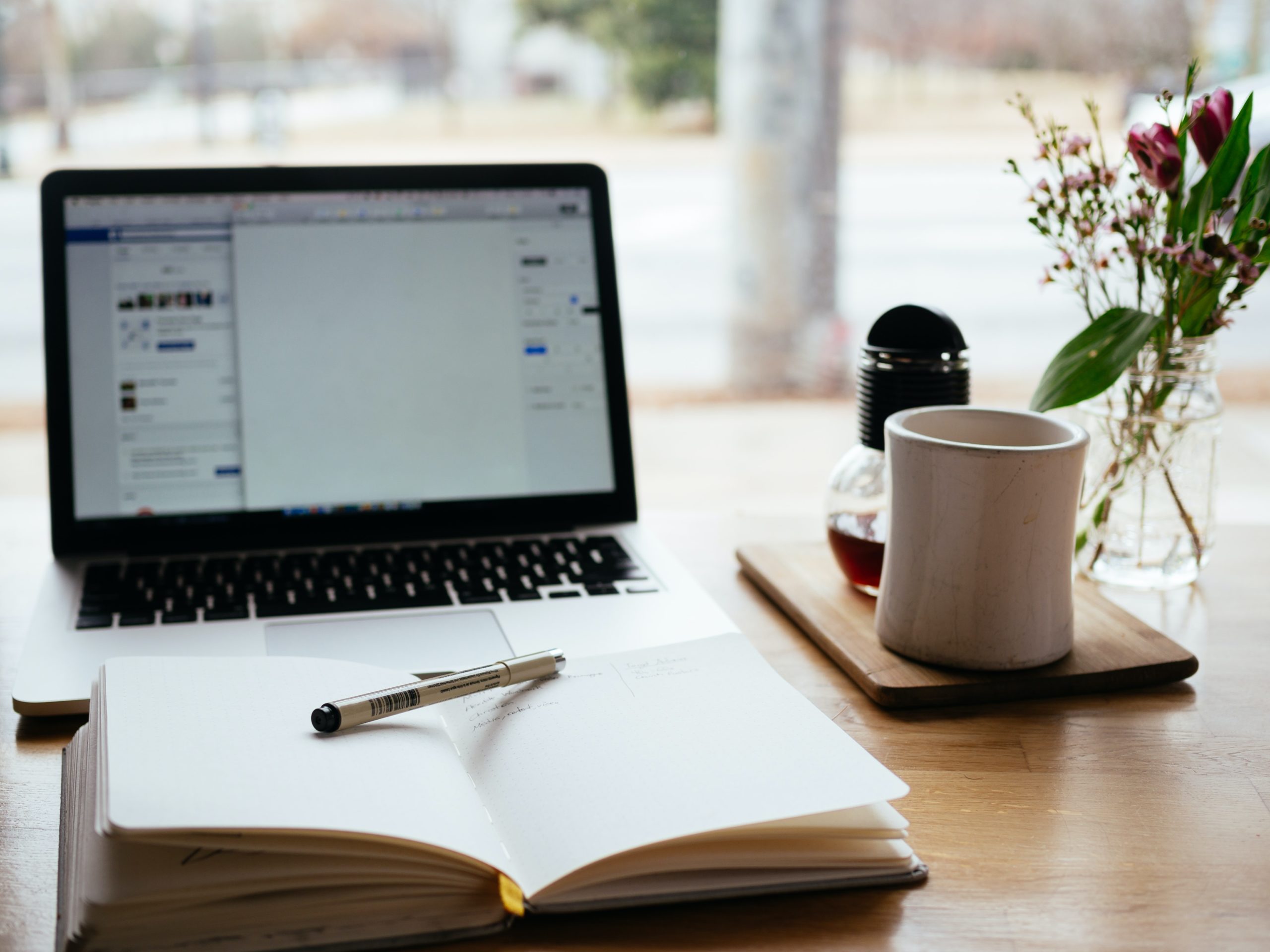 My favourite digital management tools that will save you time

My favourite digital management tools that will save you time

Influencer marketing is a huge buzzword at the moment and many companies – big and small – are jumping on the bandwagon. Some of them do it to grow brand awareness, gain more l